I don’t live far from Parker, being based in southeast Aurora, but to me it’s like another world. It’s a slower pace, more family oriented and has a bit of country flair. The country theme is embodied in Hall Brewing Company. All of their beer is brewed on a farm in what can best be described as a farm-house brewery with all of their ingredients from their land. This brewery takes eco-friendly to the next level including their use of pine-beetle kill wood with its bluish hue for their bar and decor. All of this adds a uniquely Colorado flavor to their beers.

I did not get to visit the farm, instead I wandered into their taproom just off of Main Street and Parker road. I knew immediately I wasn’t in my local brewery, there was country music playing on the speakers and rustic decor everywhere. Instead of feeling out of place it felt like walking into someone’s home, quite warm. I walked up to the bar and found 20 beers on tap, all my worries drained away. After more contemplation than necessary I ordered my flight and selected three beers out of it to review. The Bourbon Barrel Aged Scotch Ale and Imperial Pumpkin Porter were recommended, the Mango Wit just seemed to fit the weather of late May.

Aroma: Starts with bourbon and finishes with light hops and vanilla

Taste: The first sip is a smoky bourbon but not overpowering. The taste then unfolds to cherry and other darker fruits. Each sip brings out more depth to the beer’s flavor. It is creamy yet finishes clean. I am not usually a fan of this type of beer but I fell in love with this beer and I will be going back for more.

Taste: The first taste is of malt with pumpkin undercurrents, just a hint of pumpkin. The beer is soft and creamy. It was the type of pumpkin beer that I could drink more than one of but would definitely be even better in the fall.

Visual Crystal clear, I could actually see people through it

Taste: The beer starts of with a bit of hops and flows into its fruity namesake. It was refreshing and great for a hot summer day but I wish there was a bit more mango.

*The Unexpected: They also serve beer cocktails – Montana Red is Blood Mary mix with Cherry Salt and your choice of beer. 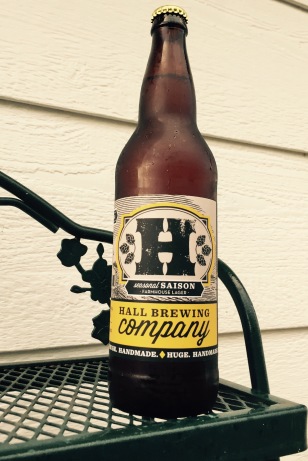