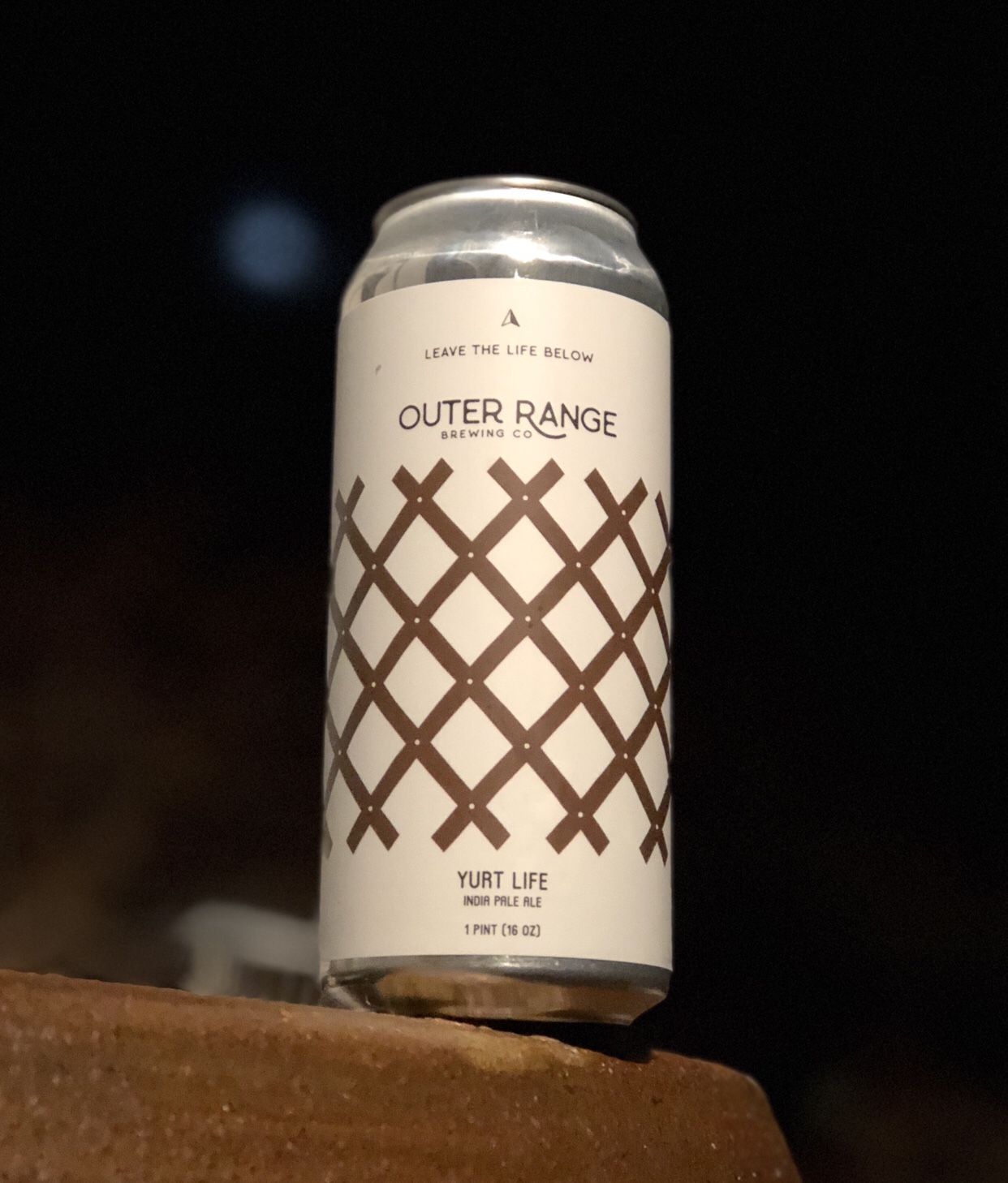 There are a lot of different reasons behind my selections for the beer for the Thirsty Thursday beer reviews – and I wish I could share a very deep story behind this one but alas I cannot. I decided to review Yurt Life from Outer Range Brewing Company because I have just acquired it via trade, the name is beyond phenomenal and every beer I have had from Outer Range has been nothing short of delicious. Quite honestly, tonight’s beer review is all about me.

Tagline: “Leave The Life Below”

Visual:  Golden almost yellow – less hazy than you might expect with a robust head.

Aroma: It’s what you expect from a less aggressive IPA but it still hits you with multiple aromas. There are the hops, the citrus, hints of lemon and a tinge of something distinctly Frisco.

Taste: The beer hits softly on the tongue and is followed by the pop of the hops. It’s slightly dank, alludes to lemon and finishes with a mildly bitter taste. It’s lighter than the usual IPAs from Outer Range – it’s damn near crushable which can be trouble but only in the best way possible