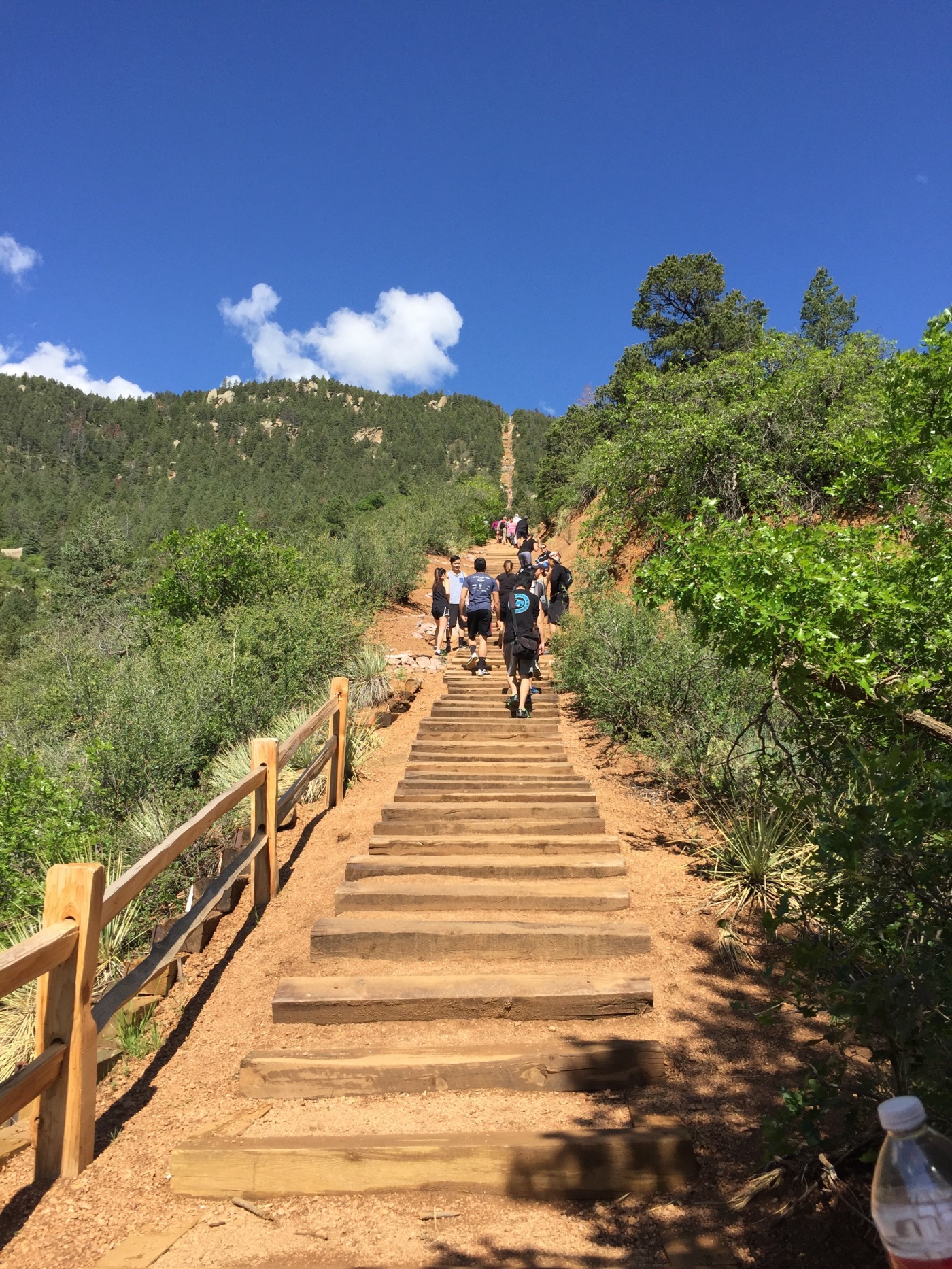 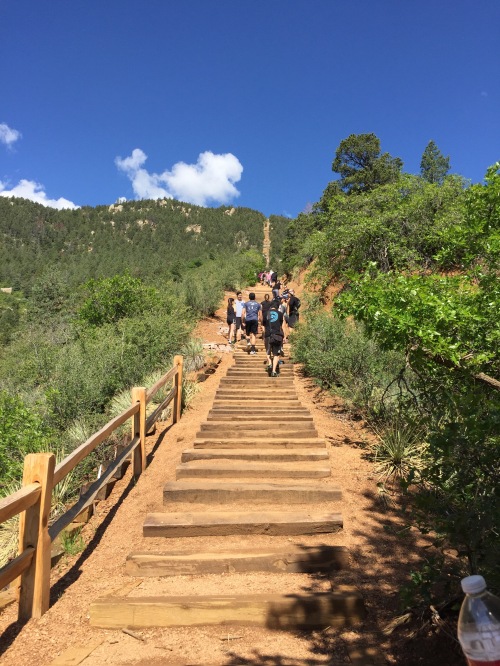 For those of you who don’t know, and until the last couple of years I could count myself among you, there is an insane hiking trail in Manitou Springs. While technically it’s called an extreme trail – I believe that insane is a better description. The hike itself is not that long, just about a mile, this hike is all about the elevation climb. During that mile, you will easily gain 2,000 feet. It starts out kind enough but by the end, AKA the top, you will be huffing – puffing and bear crawling your way to the top. At least that was my experience and while I am not in the greatest shape – I certainly wasn’t the only alone in this approach.

This is one of those things that every native or adoptive native should try – the type of thing that needs to be knocked off your Colorado bucket list. It’s like seeing a show at Red Rocks but way more heart pumping.

Of course, I couldn’t resist bringing along a purely Colorado celebratory beverage. Below are our two favorite beers to celebrate with once you hit the top (it’s best to save the celebration until after you finish the two-mile hike down). 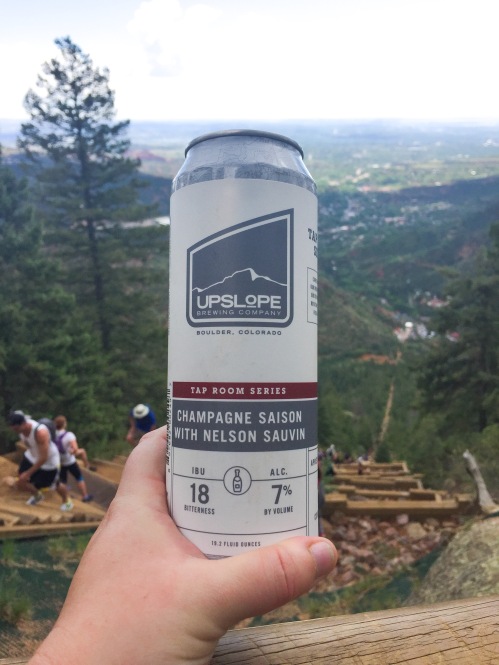 Aroma: Fruit, hops and a hint of something else – perhaps something with a bit of spice. There is something about it that just pops out at you.

Taste: You are hit with a multitude of flavors that explode as you take your first sip. It’s similar to a traditional saison but there’s more of a bubble or effervescence and a bit more spice or bitterness. It still finishes dry but with an even smoother aftertaste.

Why It Works For The Incline: No better way to celebrate completing this awesome task than with champagne in any form. This canned incarnation is great to pack in and pack out.

Visual: Clear and a deep almost dark gold – it pours with a nice head.

Aroma: Hello Hops. Hops from every direction – dank, piney and appealing. One sniff and there is no mistaking what you are about to drink. It’s not overwhelming though, in the background lingers something just a touch sweet and soft.

Taste: Hop bomb. This beer is bitter, caramelly and hints at its double-digit ABV. For the IBUs it’s quite drinkable but is not for those afraid of hops. It’s creamier than you might expect and the bitter aftertaste is almost non-existent. Overall it is a well balanced IPA that plays on the hops without being unapproachable.

Why It Works For The Incline: The name says it all. This beer was made with the incline in mind with over 3lbs of hops per barrel. “As the trail, it is not for the faint of heart and carries a sense of accomplishment when finished.”