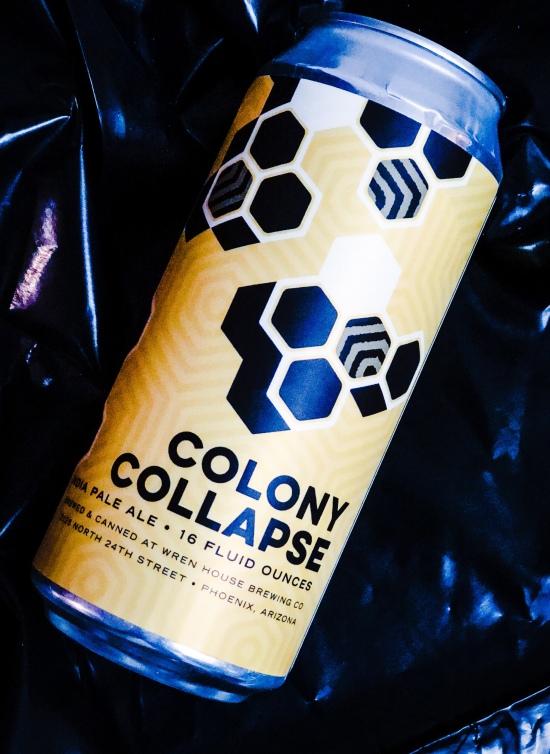 I want to start this out by saying – damn Arizona Beer People are great. I would also like to say, yes this blog is dedicated to Colorado beers and breweries, but every once and a while we like to get outside of our box. As you know I spent some time in Phoenix back in December and it was great – tried Wren House for the first time, visited The Wandering Tortoise and snagged the all-important PB&J mead from Superstition. Thanks to my that trip and my activity in their groups I was lucky enough to have someone reach out to me. He asked about the best breweries in Denver for the day – which I provided (probably provided far too many) and we set up a trade. I was able to land Colony Collapse the collab brew between Wren House and Superstition that ironically doesn’t contain that magical ingredient of honey. The beer community is full of great, friendly people – people who allow me to taste beers like this and to make exceptions to my own rules.

Visual: Hello Haze. Pours with a nice head – it’s a more vibrant orange, gold and yellow mix. It’s a tropical color – you would expect to see it as the sun sets into the ocean.

Aroma: At first you get tropical hops on the nose but as you dig in the orange reveals itself with hints of mango and something else.

Taste: This is straight juice. It’s luscious and carbed – you get blasted with an enjoyable citrus but it’s a soft citrus. There is an absurdly low amount of bitterness – but it still has that Hazy IPA backbone. Truly a unique offering in a world of craft beers looking to stand out in the world of IPAs.