The Scene: Tucked away in Old Town Lafayette, it’s hard to believe you would find this brewery in this building. The only thing that gives you a hint of what’s behind the doors is their sign. As you make your way inside you feel like you are walking into your best friend’s house except this place has crazy artwork and amazing beers. You can watch TV, play some pinball or just enjoy beer talk. I have heard rumors about the outdoor space being spectacular, giving me an excuse (not that I need one) to return in the spring, and summer, and early fall. 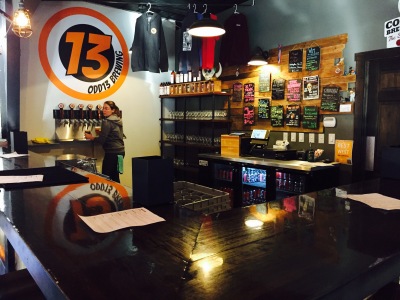 The Beer List: The beer list can tell you a lot about a particular brewery, in this case, on this day, the list spoke to me. You need to understand, however, that this brewery is about Hops and Sours, if those aren’t your things, it could be tough. But I wouldn’t stay away for that reason, it’s a great place to learn more about those styles.

Like I often do I asked the server to put together a flight of beers that best describe the brewery and I got:

I absolutely felt like I was given the spectrum of what they do best.

The Best: I was immediately drawn to the Chainsaw Princess of Karate – I went for it first because of the name but stayed for the Dragon Fruit. It wasn’t my favorite, by far the beer I enjoyed the most was The Economist – Hazy, Juicy Pale Ale. 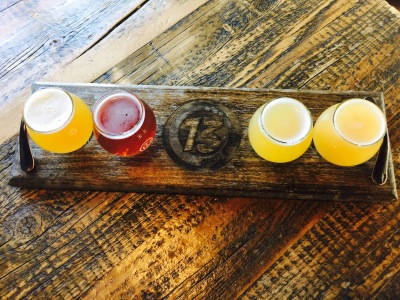 What am I going back For? Hop Wizard, I have heard many things about this legend and now that I have tried the others, I have to sip this. Also I have a few friends that could use a proper introduction to Sours and Hops, so I will be taking them here for a beer adventure.