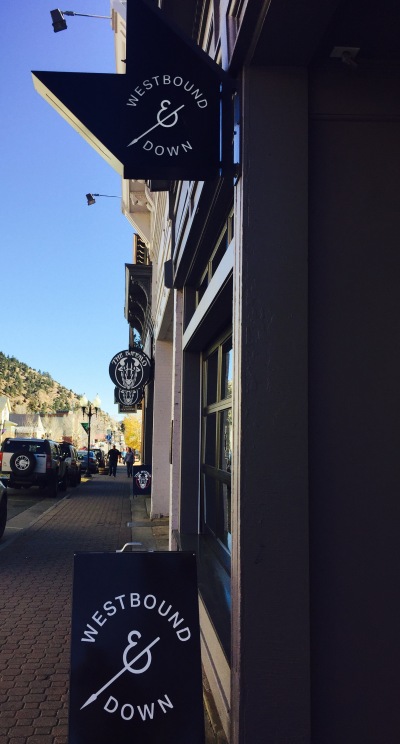 The Scene: I will admit, the point of my trip up to Idaho Springs was not to visit a brewery, I was craving the special kind of breakfast that you can only get at Marion’s of the Rockies. If you haven’t been, trust me you have to go. Sleep in, head up I-70 and then when you’re done you can head over to Westbound and Down Brewing Company. I was lucky enough to have tasted their beer before but this was the first time I visited their taproom. It’s not at all what you might expect, it’s modern and open floor plan took me off guard. Even without the typical mountain cabin feel I felt warm and welcome and the bar begged you to sit down.

The Beer List: The beer list wasn’t as exhaustive as other breweries but it was full of quality beer. There was a very mountain touch to each one of them, it’s hard to explain but you knew these were high altitude beers. From Hef to Porter to Pale Ales, there is something for everyone and the beertenders know their stuff.

The Best: I enjoyed each of the four beers I had during my stop but there was one that stood above the rest, Vers L’Ouest Tripel. I am not sure if it’s the Trappist yeast or the large amounts of pilsner malt but this beer just makes me happy.

What am I going back for? The beer, I am always going to go back for beer like this but that’s not all. I am looking forward to going back when the mountains are covered in the snow (it finally happened!) to enjoy the already amazing view. 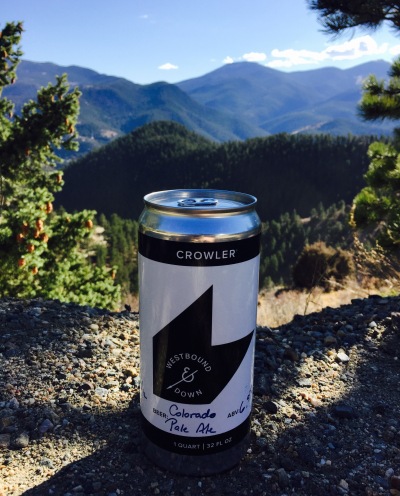 The unexpected: I mentioned the modern layout, something you usually don’t see in mountain breweries earlier but that wasn’t the unexpected moment. Finding the taps/bar in the middle of the taproom was different and created a great flow. Not only that, but the brew equipment was right out there in the open. Often, the avid beer drinker is caught pressing their noise against the windows to see into the brew world. At Westbound you feel like you are a part of their beer world, I’d love to watch them in action.