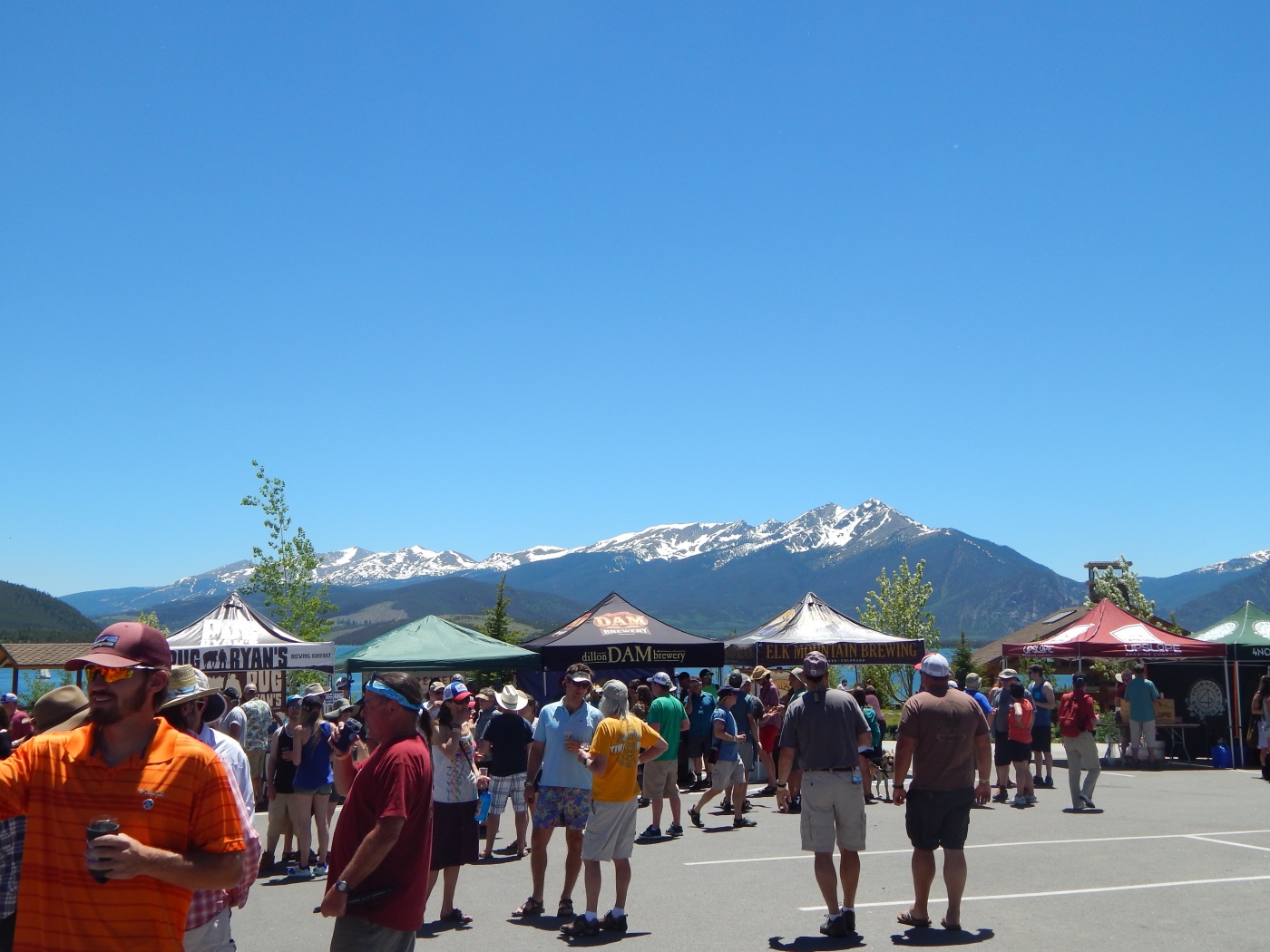 When I breezed through Eisenhower tunnel and found out closer to 35 breweries than the expected 25 came together for this four-hour event on the shores of Lake Dillon, I knew it was my lucky day. The festival is wide open and surrounded by snow-covered mountain peaks making it one of the most beautiful festivals locations. The occasional breeze off of the lake helped to alleviate the sun drenched drinkers, more shade would have been welcome.

Interesting side note a good portion of the breweries represented here just announced in the last week or so that they were leaving the Colorado Brewers Guild for the newly formed Craft Beer Colorado, perhaps marking the last time some of them may be represented here.

In addition to the variety of beer there were local vendors selling food, custom hats and live bands playing to the crowd. It was a bit too hot for me to bust out any moves.

Now for the  important part, the beers……

Like any good festival, in order to maximize the experience it is best to come in with a plan. The number of breweries wasn’t overwhelming but there were a lot of places I have never been to and aren’t currently on my list. You could say I started outside of Denver and worked my way into some favorites if time allowed. My first few stops were Palisade Brewing Company, Broken Compass Brewing, Castle Rock Beer Company, Pikes Peak Brewing Company and Kannah Creek Brewing Company.

Time flew by leaving just a couple of “local” visits. Boulder Beer, 4 Noses and Strange craft beer Company. I feel good about what I tried, those I missed were my local breweries or places I will be seeing this summer.

Festival Passes: Pikes Peak Belgian Ale, Kannah Creek Apricot Sour and Dillon Dam Salted Kiwi Hefeweizen. The first two didn’t capture my attention, particularly the Apricot sour, it just wasn’t there. The salted kiwi, I truly believe was a palate thing on my end, too similar to a margarita for me.

The Great Divide guys calling out and giving me a shout out for me shirt selection, representing their Denver Pale Ale. 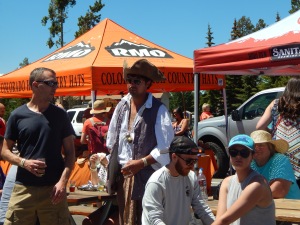 The people, the location and the awesome beer selection will bring me back next year. I can’t wait to see all of characters again, looking at your Mr. Pirate.